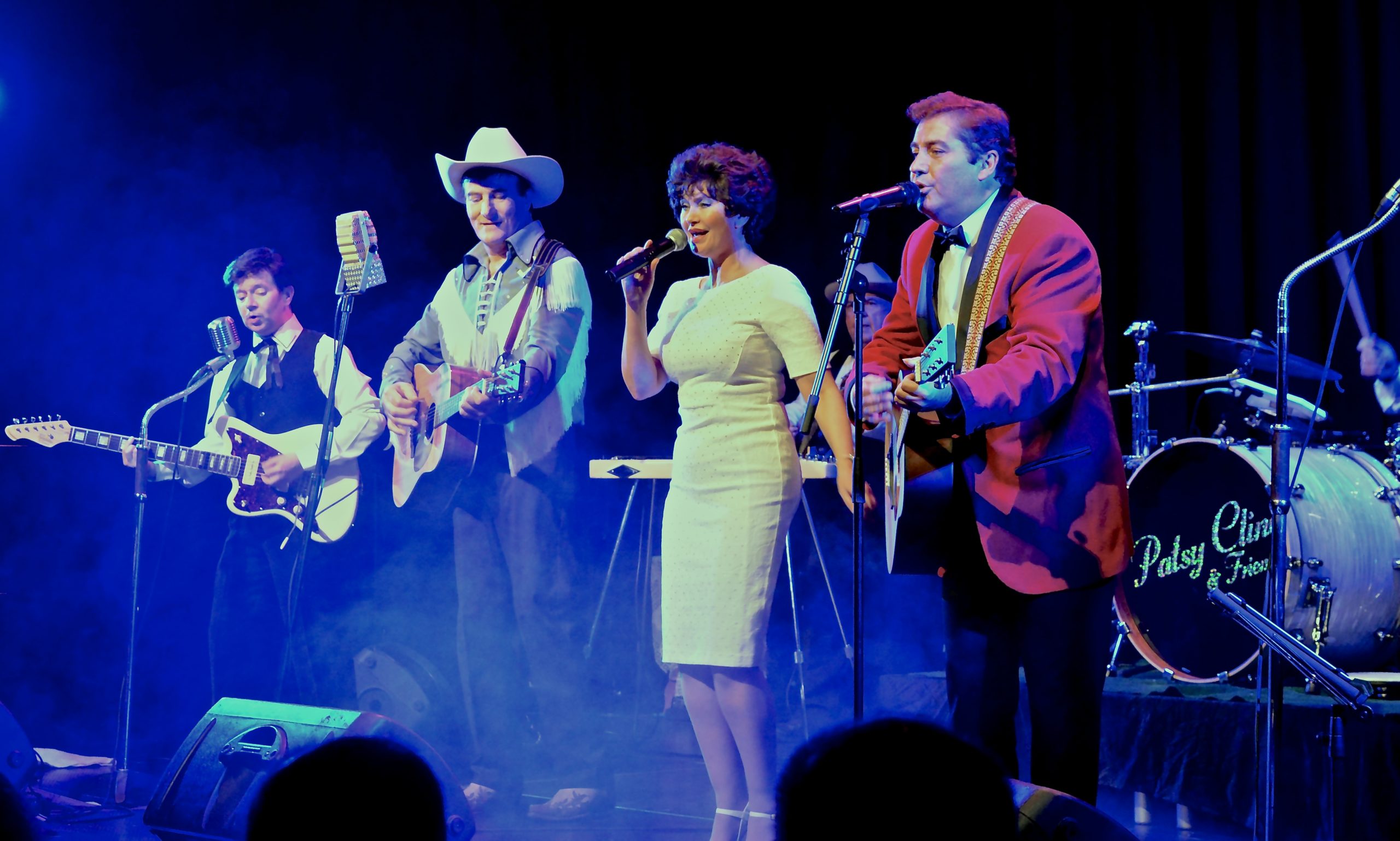 Patsy Cline was a record-breaking artist spending 251 weeks in the Country Music Album Charts in the U.S.A.  A down to earth ‘Gal’ who could look good in Weston Wear or any evening dress, as she performed all the Country Ballard’s.

With all the wonderful recordings she left behind this will be an evening to celebrate the power of her music!

Sue Lowry was brought up by Parents who had their own Country Music Band and as they travelled around Great Britain playing Country Music this would prove to lay down all of Sue Lowry’s Country Musical Roots! Her powerful rendition of ‘Crazy’, ‘I Fall to Pieces’, & ‘Sweet Dreams’, will take you back to those Honky Tonk days of pure Country Music, songs include … Honky Tonk Merry go Round, She’s Got You, & Down by the Riverside. Joining Sue Lowry –

Marc Robinson, who has been up to now renowned for playing Buddy Holly, will pay tribute to the Granddaddy of Country Music Hank Williams with songs that include… Howlin’ at the Moon, I saw the Light, and Take these Chains a favourite with everyone.

Lee Davidge performs a sensitive tribute to Jim Reeves with his authentic costume and iconic mesmerizing voice, songs will include … Welcome to my World, Distant Drums, and the song everyone knows and loves – a song everyone can join in with, Bimbo!

Please wear your Western wear and join us for a Hayride of a Show!

Suits all ages, as long as you’re prepared for a ‘Honkin Tonkin’ good Time!

Suits All Ages from seven plus

Book Online Now
You may also like
New Event

The Legends of American Country Show